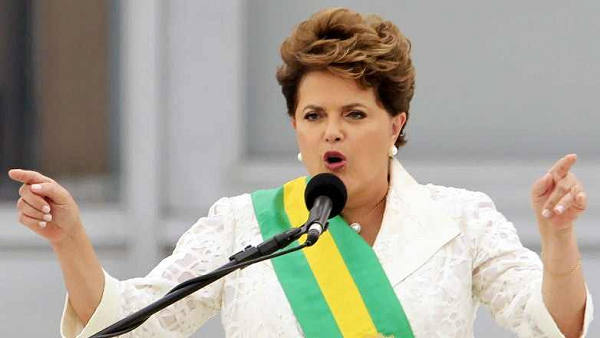 Brazil’s government on Monday afternoon will announce an austerity plan that boosts taxes and reduces spending by a total of about 56 billion reais ($14.6 billion), said an official who was briefed about the plan.

The government wants to report a primary budget surplus next year rather than a deficit as previously forecast, the official said, asking not to be named because the plan isn’t public. Standard & Poor’s cited the 2016 gap as a key reason for cutting Brazil’s sovereign-debt rating to junk last week.

The move comes as President Dilma Rousseff struggles to regain investor confidence amid a selloff of Brazilian assets. The real, which plunged to a 12-year low the day after the downgrade, appreciated 0.6 percent to 3.8483 per U.S. dollar at 3:35 p.m. local time on news of the austerity plan.

The package includes about 26 billion reais in spending cuts from the 2016 budget and about 30 billion reais in tax increases, said the official. The government will target a budget surplus that excludes interest payments equal to 0.7 percent of gross domestic product in 2016, a sharp contrast from its previous estimate of a deficit equivalent to 0.5 percent of GDP, the official said.