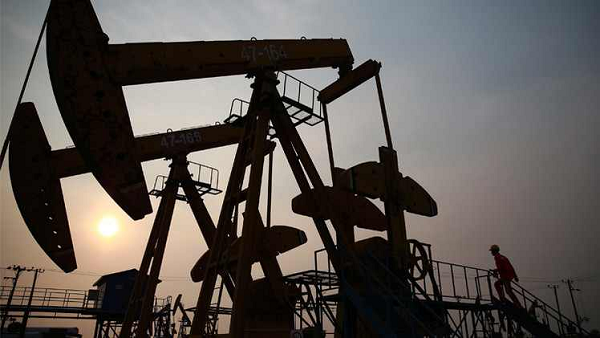 Global oil production is running close to record highs and, with more barrels poised to enter the market from nations such as Iran and Libya, the price of crude is set for its largest monthly percentage decline in seven years.

Brent’s premium over U.S. crude narrowed further as the market braced for the end of a 40-year ban on U.S. crude exports. President Obama signed a law on Friday that will end the ban.

Brent has dropped nearly 19 percent this month, its steepest fall since the collapse of failed U.S. bank Lehman Brothers in October 2008.

“The fundamentals are pretty bearish,” said Phil Flynn, an analyst at Price Futures Group in Chicago. “Warm temperatures are killing the markets right now and the oversupply is weighing on prices.”